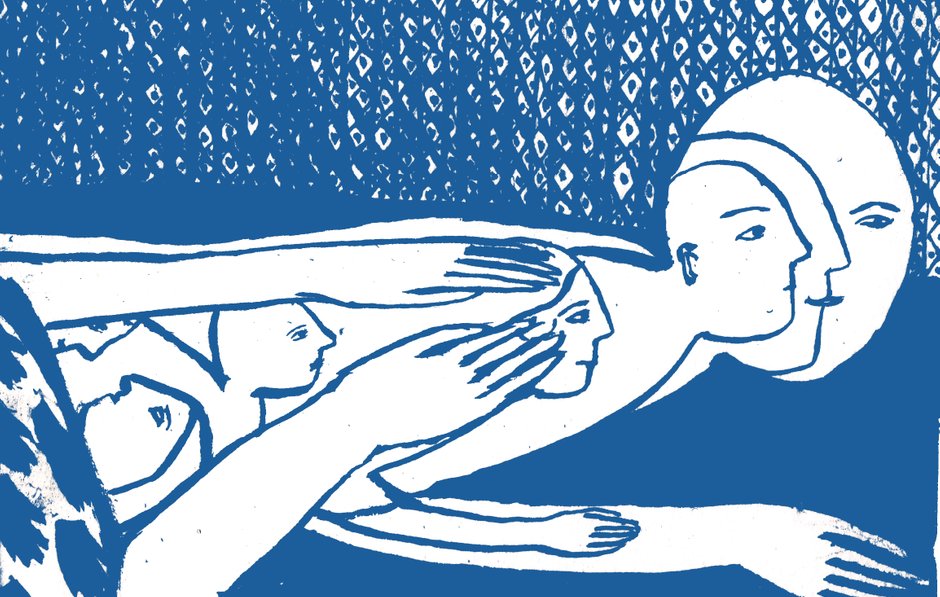 In response to the guidelines for social distancing we have until further notice stopped offering ManuVision treatments. We are very sorry we have to take such drastic measures at this difficult time as it seems as if what we can offer might be very much needed. In relation to previous pandemics and outbreaks of virus spread such as the Spanish Flue, SARS, the bird flue an overactive response from the immune system, in these cases a socalled cytokine storm, is believed to be the cause of many of the death if not most of them. Cytokine storm is also a commonly seen auto-immune response to Covid-19. This is likely to be triggered by a dysfunctional autonomic nervous system. Re-establishing a normal functioning autonomic nervous system is at the core of a ManuVision treatment. It is our experience that more often than not pains and sufferings stems from a dysfunctional autonomic nervous system.

We are more than happy to answer questions, or receive suggestions as to how we best can help. Please write a message below and we will get back to you as soon as possible.

The body has the ability to store worries, tensions and traumas from experiences

throughout our lives and is often the first to tell us something is wrong.

Our minds are so often preoccupied by the day-to-day, that it’s easy to be completely out of touch with how our tensions and physical ailments are intimately connected to it. Our state of mind can easily cause a ‘lock’ in the body, effecting the body’s natural breathing mechanism. Pain therefore is not always just pain. It can be a trauma that the mind has forgotten but the body has remembered.

A ManuVision treatment can help you understand this ‘lock’, increase your

awareness of the situation and help your body let go.

Please write a message to us

ManuVision is a popular and highly respected system from Denmark, which focuses on how the body stores emotions and traumas.

The work of ManuVision therapists is based on establishing a communication with the client on a physical, emotional and intellectual level, in order to penetrate into the nature of pains and tensions in the body.

Using a range of massage techniques, breathing awareness and relating mind and body, they work to unlock and unblock them.

What makes ManuVision unique is combining the empathetic and intuitive connection between the therapist and the client with the understanding of the nature of pains especially how they can be caused by a dysfunctional nervous system.

To this means the therapist draws from a range of techniques: Deep tissue massage using a distinct pulsation technique, acupressure, lymphatic drainage, reflexology, breathing therapy, joint mobilization and attention to stomach tensions. During the treatment, the therapist talks with the client to help bring focus to the connection between mind and body.

After having talked about the causes for coming, and other relevant information, the therapist is likely to give a short introduction into how our nervous system responds to receiving chocks and traumas and how the treatment can help restoring its right functioning.

The client is then asked to lie on the back on the massage table. The body therapist will see with hands and eyes what the body tells. These stories guide the therapist and he will continually return to getting information through seeing. The client will be guided how to relate breathing, pain and 'letting go'. In this process the client is likely to experience a deeper connection with the body and the feelings, a deeper breathing and a sense of lightness. As tensions release and thoughts recalibrate, an opening is created, the nervous system is working properly again, which allows one’s inherent healing forces to act.

What happens during a treatment?

Who can benefit from this therapy?

Per Linderoth was born in Jutland, Denmark and lived for many years in Copenhagen, he has recently moved to London to live with his English wife. He has two grown up children.

Per is a personal friend of the founders of ManuVision and has always been both inspired by and close to the core principles of this system.

Per's interest in health and the working of body and mind was first stimulated when as a boy in his village he was witness to the intuitive healing abilities of the so called ’wise men’ and ’wise women’.

At an early age he took up sport, and as an adolescent he played Handball at elite level.

He went on to study Mathematics and Physics at the Danish Technical University, Copenhagen.

However, his life took a different path and in 1986 Per graduated as an actor from The Danish National School of Performing Arts.

His interest in body therapy was first kindled whilst undergoing his actor training  and at the Theatre School he began giving body treatments to his teachers and fellow students.

Alongside practising the ManuVision body therapy and the ManuVision physical training program Per also has extensive experience and knowledge of the mutual relationship and workings of the mind, feeling and physical aspects of our existence. This has been gained through his life long practise of meditation, and an in depth study of Alba-emoting, a method which studies the relation between emotions, specific breathing patterns, muscles tensions/relaxations and facial expression. Per has long standing experience of accessing stored emotional memories through sense memory, and he has for many years practised sacred dances which are designed to open a finer attention through calibration of mind, feelings and body impulse.

When giving a treatment Per directs his attention to ’listening’ and to ’seeing’ – primarily with his hands, but not only – and thereby evoking a process where the clients own inherent healing forces can govern. 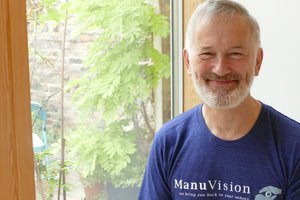 If you are suffering from headache, migraine, neck, knee or back problems, stress, anxiety, depression or are recovering from symptoms after a course of disease, you are likely to seek us out. We also have success in improving conditions of COPD, Fibromyalgia, PTSD and Asthma when their cause is related to a dysfunction of the autonomic nervous system. However the list is longer, and if you feel any of the above makes sense you might benefit from a treatment.

"As a musician with many years of habitual tension I went to Per, because I wanted to learn from my body about how to move beyond the tensions.

Listening to the body, that’s what Per does so well. I feel he is listening to me on the deepest level possible, from the moment I arrive to the moment I leave.  His attentiveness and warmth make me feel comfortable.

He discovered deep patterns of tension in my body which we work on together to release. The use of breath is wonderful and  I have learnt a lot about what pain and the subtle nuances of sensation have to teach me, through this work.

And the thing I notice most, is that the work with Per continues to resonate in my body and mind beyond the sessions. Per’s patient approach is a great teacher and I am gradually learning to accept that the body takes the time it needs to take, it won’t be rushed.

And I have started to notice important positive changes in my playing, which I’m delighted about!"

“I can honestly say that Per’s treatment has fundamentally changed how I deal with life, and how I view the future. I no longer feel totally overwhelmed, have energy, and also can switch to peace whenever I like. Try it you won’t regret it. “

"Before starting regular appointments with Per I have been living with migraines twice monthly for over 20 years.

Over that time I have tried everything I can to get to the root of them. So low were my expectations to ever find something that would help now, I actually starting seeing Per for other physical problems, shoulder injury, lower back pain.

The holistic approach of the treatment is allowing me to have a new relationship with my body, and I am, incredibly, migraine free for 9 months. I couldn't recommend Per enough."